Update 25.06.2019: This post was originally written on 5 January 2019, shortly after I arrived in New York for the ISPA Congress. I have thought long and hard as to whether I should publish something so personal, something that seems so… unprofessional.

But I believe that, in the arts perhaps more than many other sectors, we inevitably bring our whole selves to our work. Even for those whose roles are not traditionally not seen as ‘creative’ – the producers, administrators, fundraisers – the holistic nature of creativity impacts on our emotional well-being in profound ways. As I consider a potential project exploring how we can develop frameworks for supporting the well-being of those who help produce the art that can have such positive impacts on the lives of others (more on that later perhaps), it felt important to share my own experience…

My time in New York has begun in a pensive mood. I’m sitting in the window of my hotel near Times Square looking out at the street, people rushing from one place to another, swaddled in scarves and frowning against the rain. I had planned to go out for a walk, but I don’t really want to get too wet, so instead I decided to sit and write.

This is the final year of my three-year ISPA Fellowship, and I don’t know yet if I will be returning this time next year. Whatever comes next, my life has changed immeasurably since that first January day in 2017 when I boarded the Airtrain from JFK with no idea of what the week would bring, and no idea what impact it would have.

My first Fellowship year, the Congress topic was Currents of Change: Arts, Power & Politics – so timely, given that it took place the week before Donald Trump’s inauguration as the 45th President of the United States, but also resonant for me personally as I questioned my position working in a challenging role. The second theme – Identities – as I was grappling with my responsibility to myself and to others, my own sense of self, my boundaries and beliefs as an individual.

This year’s title is Transitions: Today’s Future for the Arts. Yet again, this strikes a very personal chord. 2018 was, for me, a year of transition. One of great professional and personal change that started with me making a promise to myself that I would be more open, more honest, more forthright. I resolved to be more myself, even if I wasn’t entirely sure what that meant. It turns out that being yourself and doing what you want can be rather disruptive, especially if it’s not the way you have been living for most of your life…

Through emotional turmoil, counselling, illness and relationship upheaval, on the surface the year reads like a litany of disaster. In truth, though, it hasn’t been all bad. Yes, I spent a lot of my summer laid low by illness and discomfort, leading to an operation at the end of October to resolve an issue that I suspect has been subtly affecting my quality of life for some time. Yes, I made what was undoubtedly the most difficult and unsettling decision of my life in deciding to say goodbye to a long-term relationship. Yes, I had moments of depression and lack of confidence that almost totally immobilised me for days or weeks at a time. But, in amongst all that were moments of wonder, loveliness and joy.

It’s strange, the things that save us. Of course, I can’t say thank you enough to all those who supported me – who listened, advised, or shared their own experiences to remind me that I wasn’t alone. But the moments that I particularly remember lifting me out of the darkness actually took place in darkness – what got me through 2018 was the movies.

I remember an incident on one of the hottest days of the year. I had attended an early morning session of What Next?, which had focused on Brexit. Any discussion of the B-word is likely to be pretty depressing to an avowed Remainer, but I remember this being a particularly downbeat session. I was supposed to go on to do a day of freelance work but while I was still in the room at the Young Vic, I emailed the client to explain that I simply didn’t feel capable of working that day. I felt under a cloud, exhausted, on the verge of tears. We had talked about our personal situations to each other, we were going through similar issues – to my relief (and unending gratitude), she understood. She even recommended a counsellor.

I stepped out into the heat and walked, over Waterloo bridge, along the Strand, and towards Leicester Square. There was no intention in my direction, just my feet carrying my body forwards. But I ended up in one of the large west end cinemas, just me and one other woman sitting at opposite ends of the room, watching the first screening of the day. That film happened to be A Quiet Place – not exactly what you would describe as uplifting, despite ending on a note of hope.

I loved it. The tension, the performances, the whole premise. The catharsis of leaning forwards on the edge of one’s seat, gripping the armrests. I simply had to share my experience over coffee with the only other viewer after the credits had rolled, once we’d both managed to begin to breathe normally again. I left that cinema feeling cleansed, released, calm.

There was a random retreat into Greenwich Picturehouse earlier in the year – I don’t even remember what I saw, but I was passing just as something was about to start and I know I felt a thousand times better when I left the cinema. I remember the embarrassingly affecting emotional trauma of Avengers: Infinity War, the sheer joy of Black Panther and the swell of emotion at the thought of how it shouldn’t be so significant, but it is (I still get a little lump in my throat whenever I listen to All the Stars), the delightful WTF-ness of Mother! All these and a thousand random images and moments that made me grin with delight. Yes, I am passionate about the magic of theatre, but there is something about the immersion of the movies that I will always love.

I don’t doubt that I went through some kind of breakdown last year. Some seismic shift brought on by months – no years – of self-censorship and self-denial. A period that came to a head in April when I had an epiphany as distinct as a light switch, when I went AWOL from a conference in Porto and spent three days walking, journalling and thinking. When a loud, clear voice in my head said no, no more of this. (Some credit has to go to Fuck It: The Ultimate Spiritual Way, which I re-read while I was in Porto – the words practically took me by the shoulders and shook me into action.)

A breakdown suggests something terrible – a disintegration of the self, a destruction of identity. But how do we properly fix something, if not by taking it apart? 2018 was a year of dismantling, mainly through talking. A year of articulating my problems, hopes, fears, desires, past and future. A clearing of the decks, a wiping clean of the slate that has enabled me to begin to write afresh. As 2019 begins, I am talking a new life into existence.

To return to the cinema, fans of V for Vendetta will recall the sequence in which Evey is apparently taken prisoner and tortured, how the pain lifts and transforms her into someone stronger, more certain. How she steps out onto that rooftop as a different person. A person resolute in her own power.

More than once I’ve likened 2018 to Shawshank Redemption, and Andy Dufresne’s journey to a new life through a pipeline of shit. The last couple of years have been a period of quiet tunnelling, of subconscious picking away at my walls, almost without my notice. As I bid good riddance to 2018 and welcome in the new year, I feel as if I am emerging into the open.

I’ve just realised that for both of these characters, their liberation is expressed as they step out into the soaking rain. Arms outstretched to the skies, they welcome a deluge that rinses them clean of their past, that re-baptises them as new beings.

Maybe I should go out for a walk after all, and feel the rain on my face… 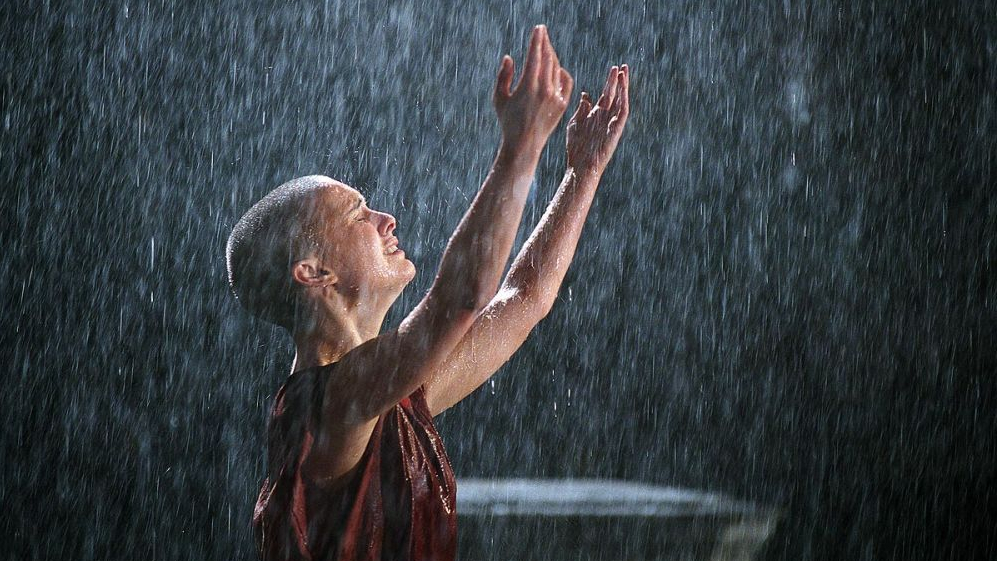 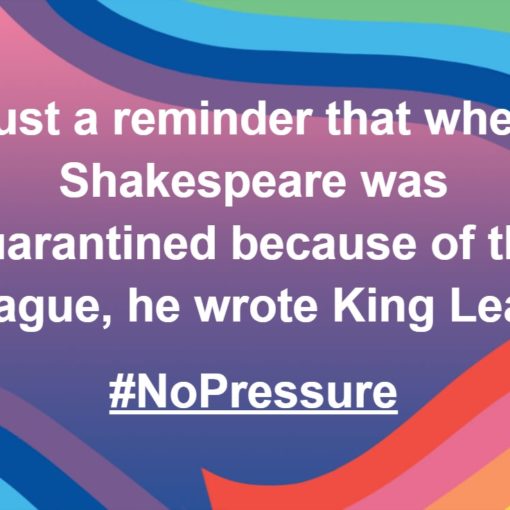